One player from each team runs down and back with a dodgeball between their knees. If they drop the ball or touch it with their hands while running, they restart. Hand off to next player. First team to finish wins.

Divide into 2 teams. Set a large trashcan (goals) at each end of the room. Teammates throw the ball to each other with the goal of getting it into their goal. If the other team catches the ball, they are on offense. If the ball hits the ground, possession switches to other team. Players can run until they catch the ball. After catching it, they must stop and throw to a teammate within 5 seconds. First team to score 5 goals wins.

If your club has large numbers, break into multiple teams and have a bracket system for each event. Teams that aren’t competing earn points by cheering for a paired team. 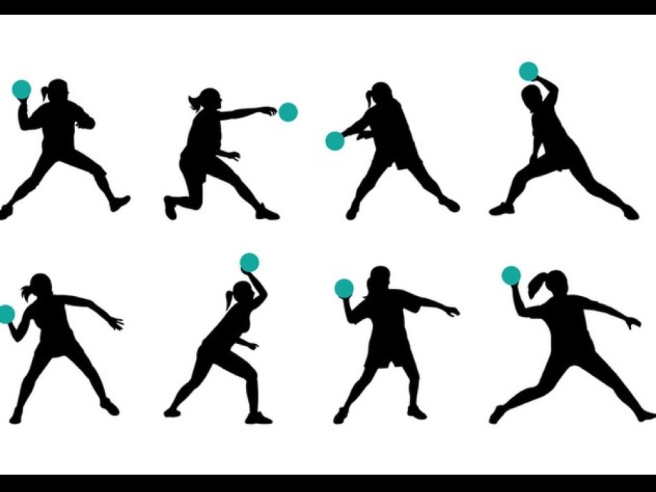